Gigalinc is a creative exhibition that allows participants to physically explore large-scale panoramic images through new technologies. Gigapixel images (1000 times the information captured by a 1 megapixel digital camera) are digitally projected onto a large cinema screen that allows viewers to interactively navigate via physical Kinect based hand-gestures, zooming in and out of areas of particular interest. Surround-sound audio accompaniments added to the multi-sensory experience.

The technology used consisted of several hardware features. The hand tracking utilises Xbox Kinect to input gesture based commands that runs on open source software. Arduino allows the participants to select their image just by tapping one touch-pad on the floor. Arduino was also responsible for allowing the participant to print a section of the image. This is achieved through a large red push button that when pressed, tells the computer to capture the image on screen and print it out instantaneously.

GigaLinc has been shown internationally, including at TEDGlobal 2013 (click for images). 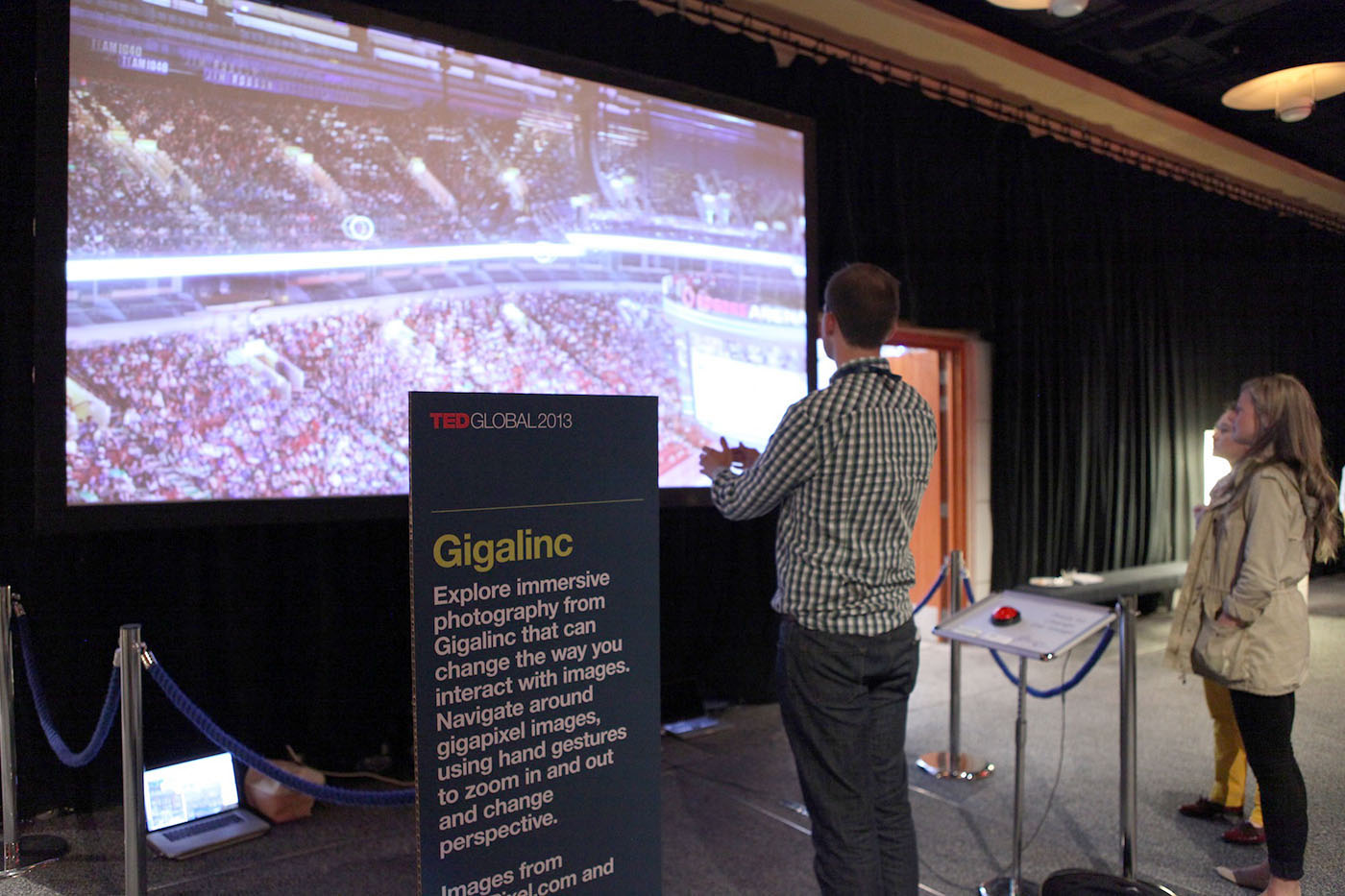 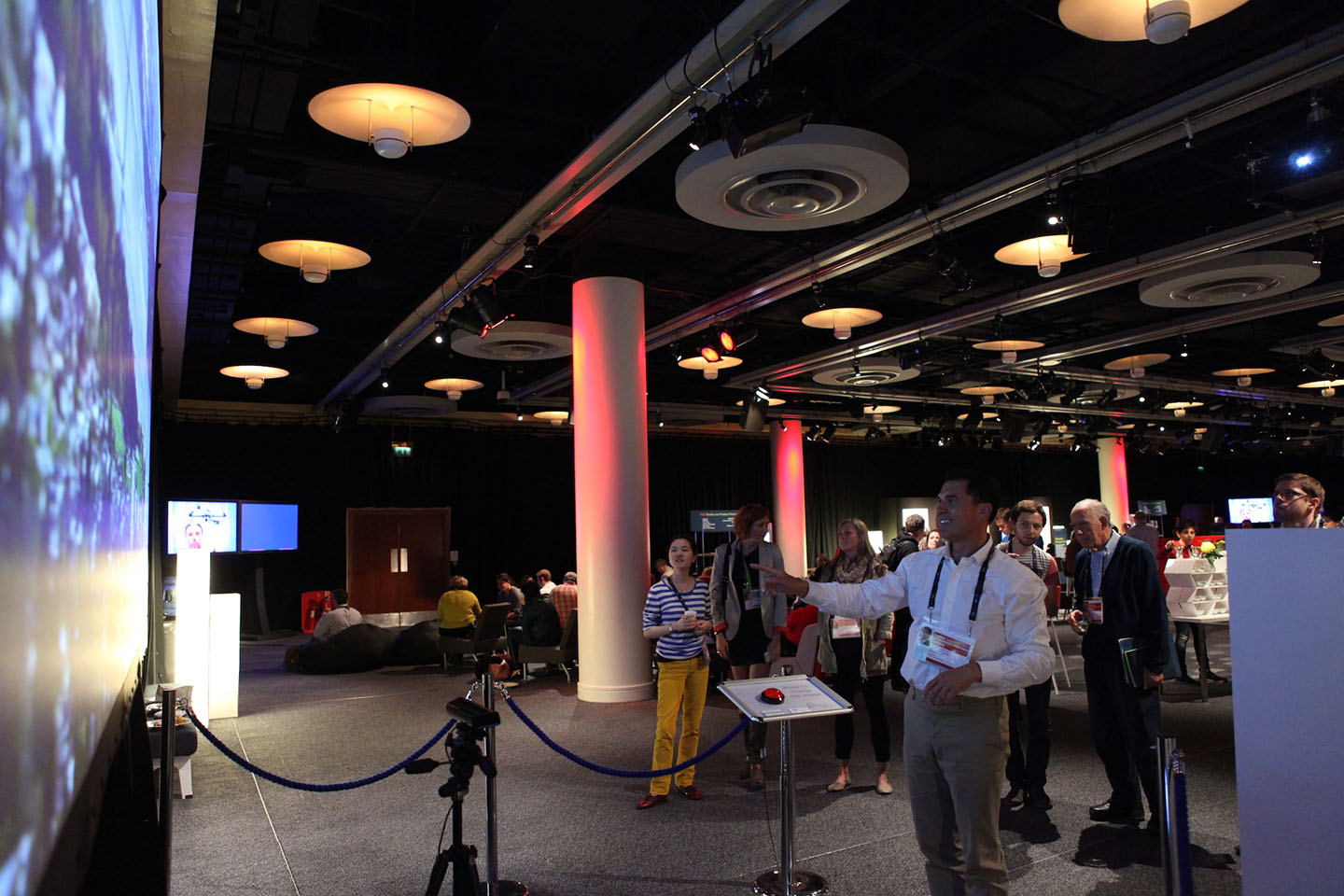 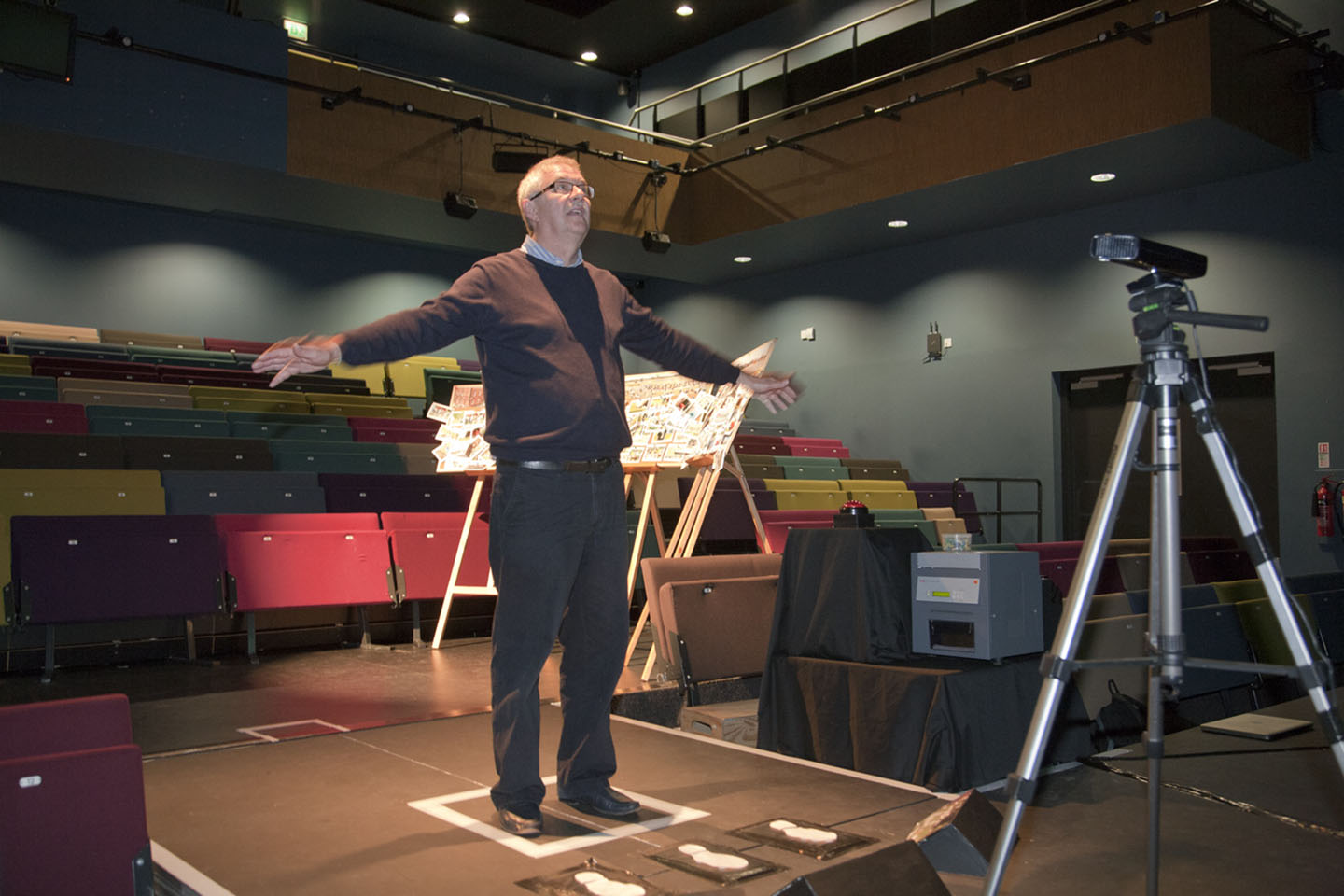 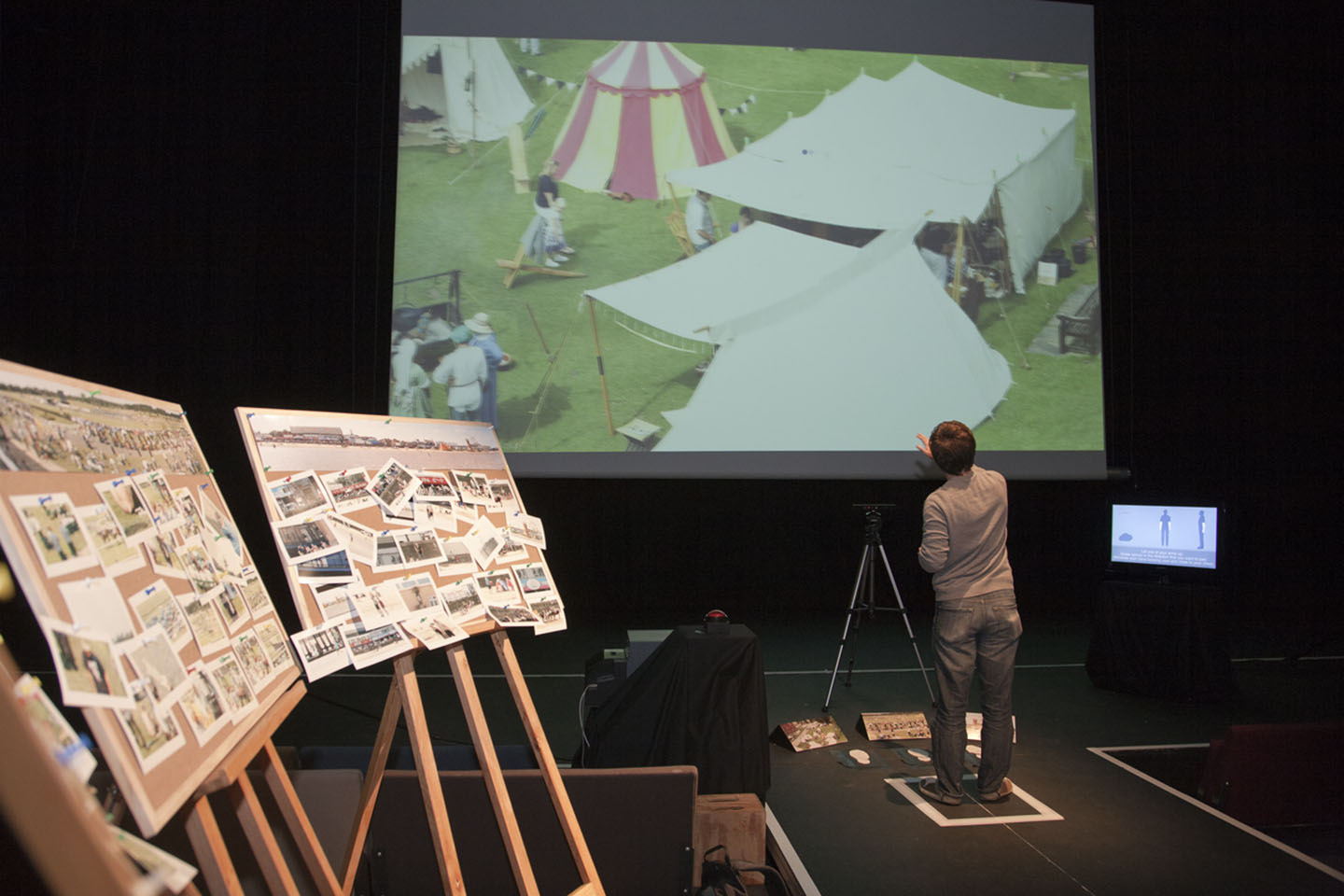 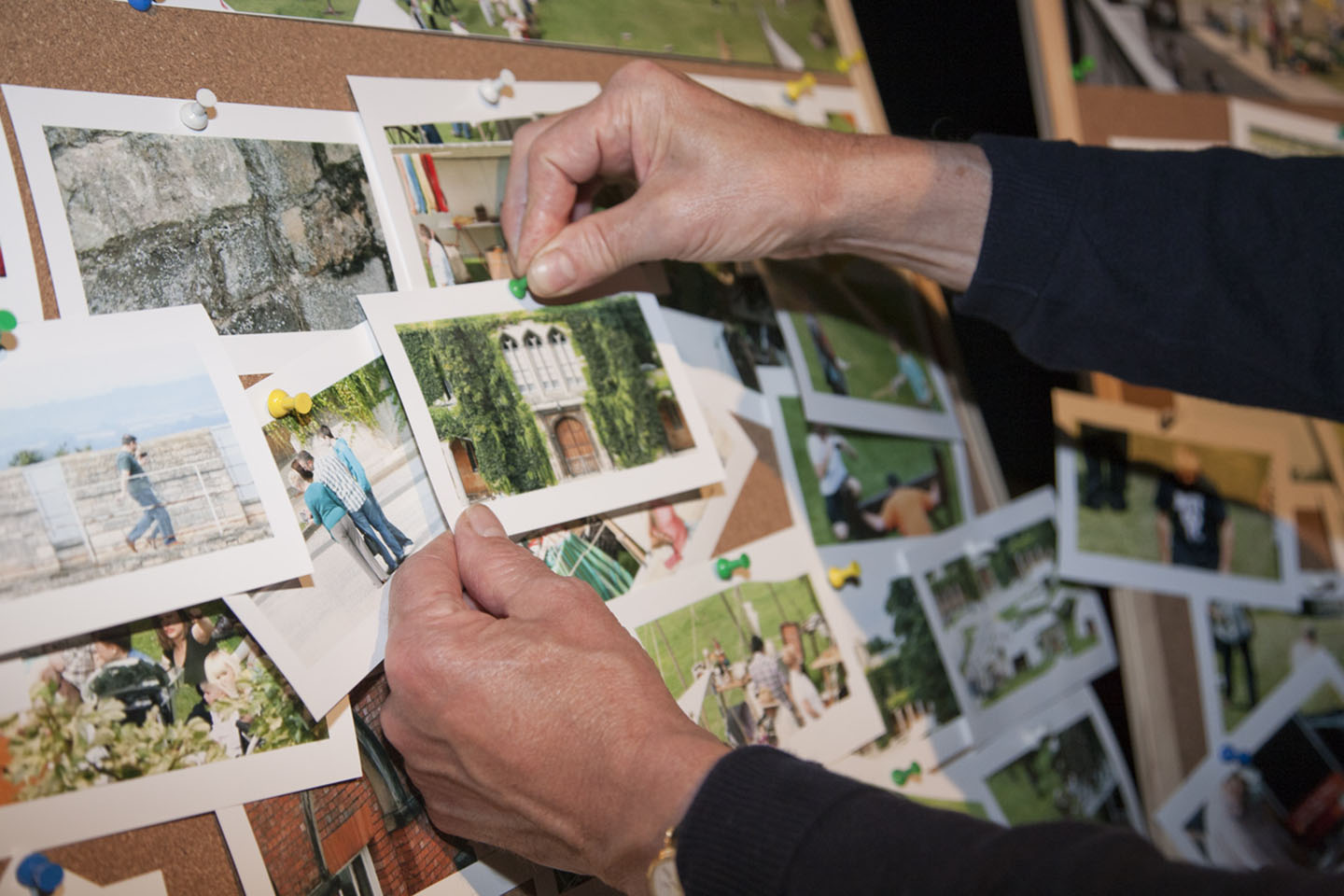