2012 was not only the year of the Olympics, but also the launch of the first ever ‘Digilympics’, a Twitter-powered race for sporting success where you determine the outcome. Four Lego athletes move down a physical racetrack as fans Tweet their team to move them further towards the finish line.

The competition was open to anyone on the web, allowing participants to Tweet their team to success using four unique Twitter handles. Tweets in support of a particular account/country moved that country’s contestant physically forward along a running track.

Processing code scans the Twitter account of each country for any ‘@’ replies. Any new replies are digitally passed to an Arduino with the Adafruit motor shield hardware attached, one motor for each team. The motors spin and advance each team forward in response to tweets received. An infra-red beam detects the team reaching the finishing line first and signals for the reset of a new race. 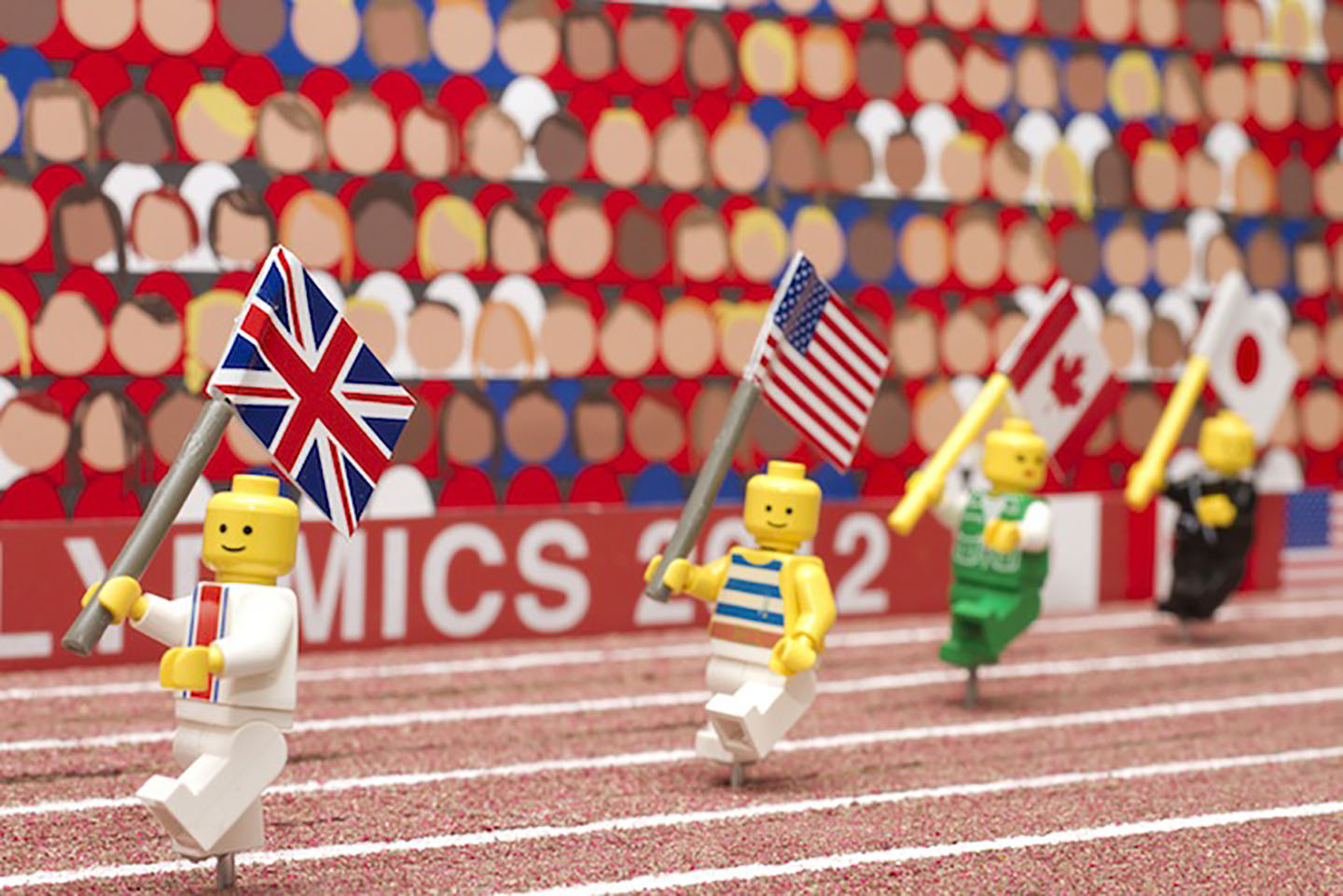 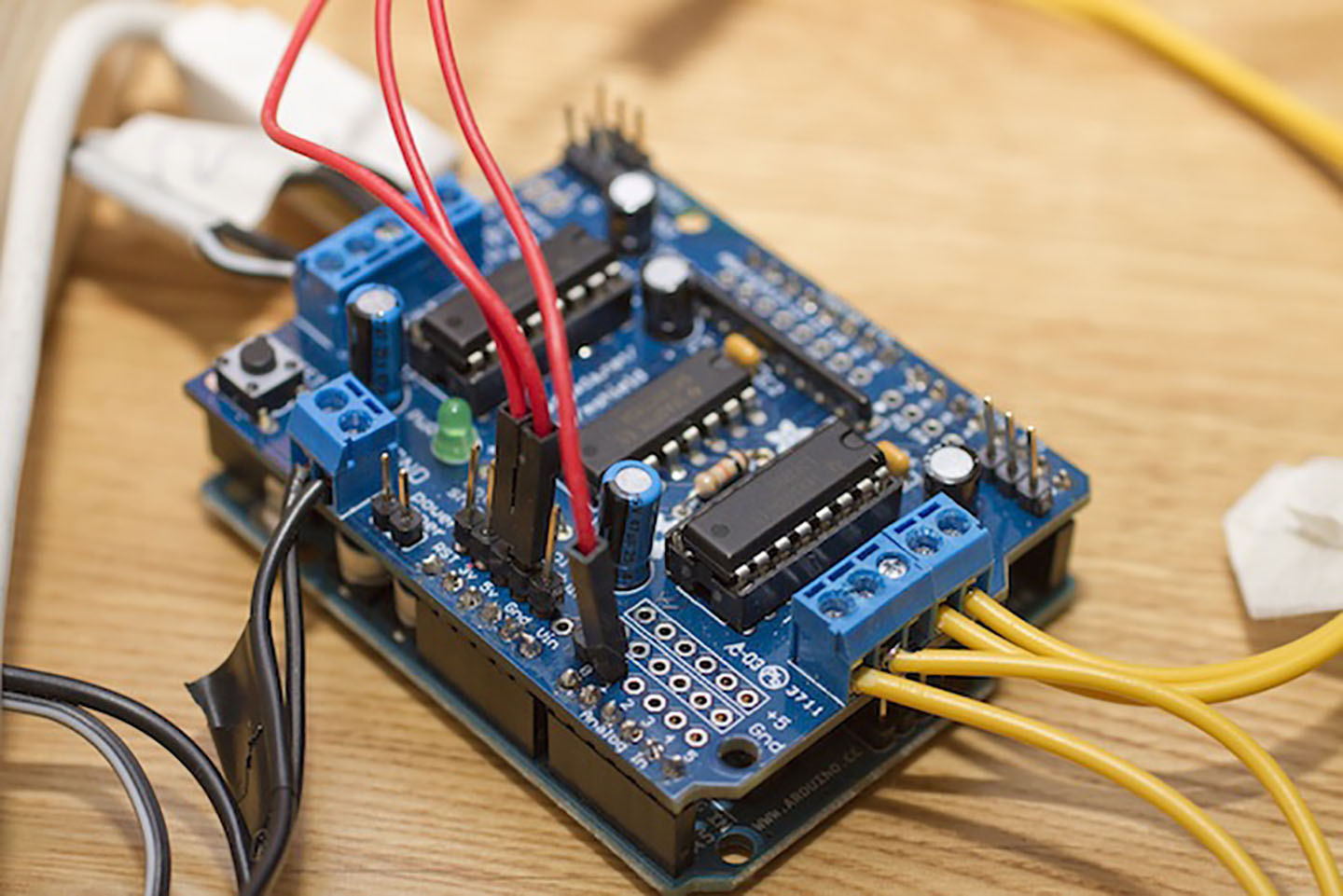 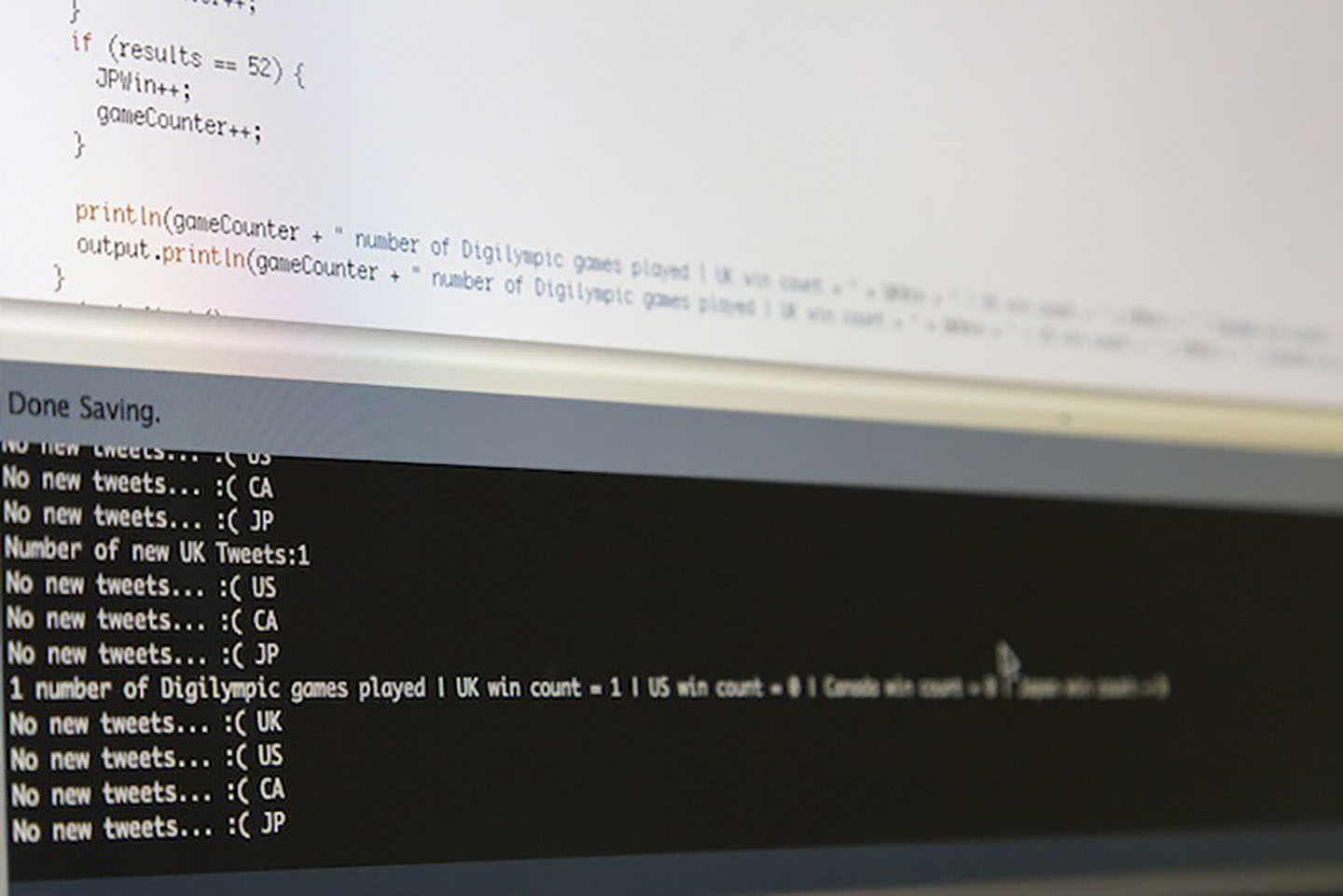 Keeping hydrated is crucial to our well-being. And whilst it seems simple enough in practice; in reality, people don't drink enough. HydroBolt is a creative, Internet-of-things water bottle that uses technology to analyse how much you drink, and remind you to keep hydrated.

The hardware includes a water flow sensor, a BLE112 Bluetooth SoC (originally developed on an Arduino Mini Pro) to compute and transfer data, and an RGB LED for a glanceable UI. If your Hydrobolt water bottle glows green, it means you are keeping sufficiently hydrated. If it glows red, it means it's time to have a sip.

HydroBolt also comes with an app, designed and coded to help people learn and understand their water-drinking habits, based on the information gathered wirelessly from their water bottle. 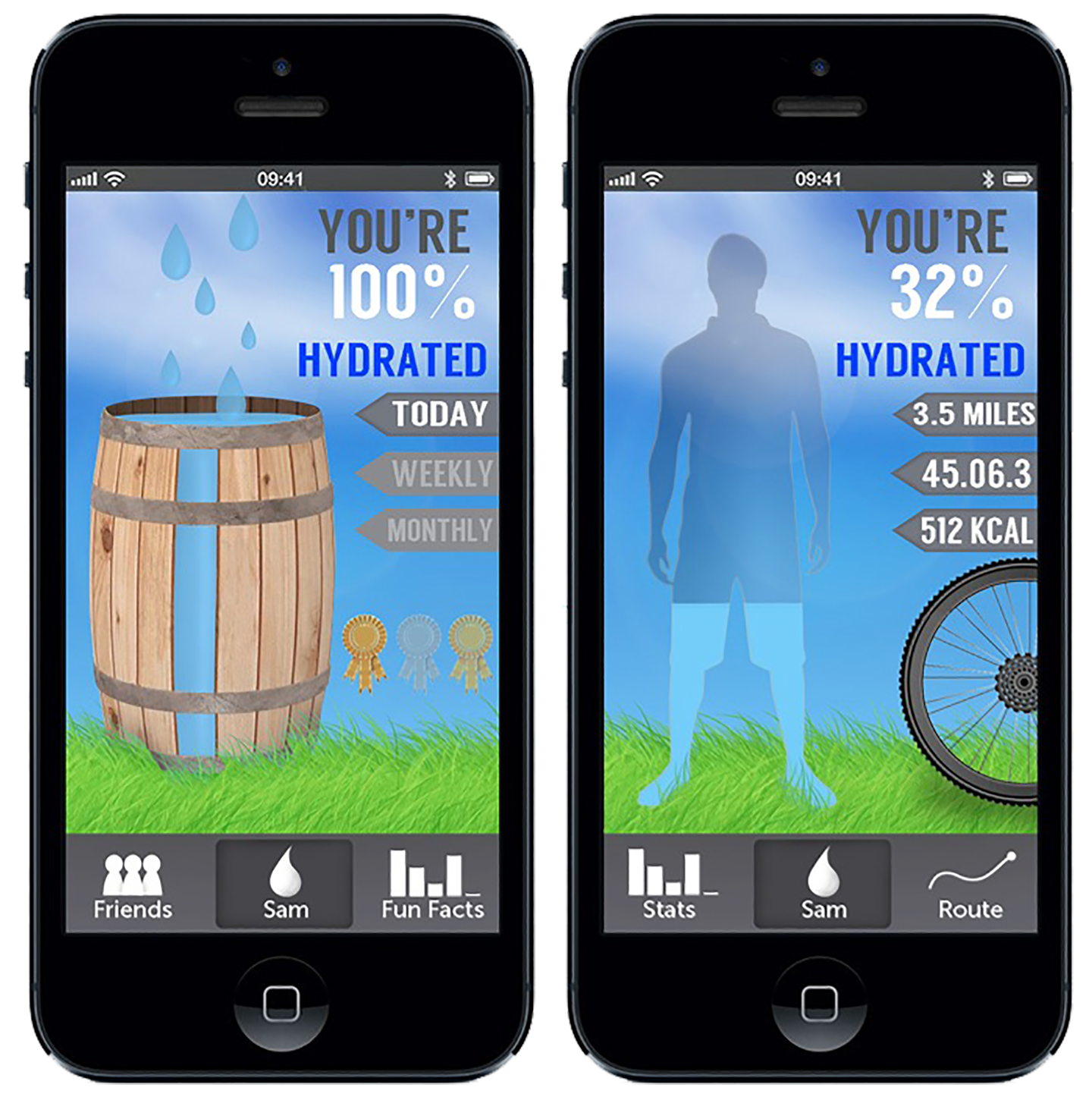 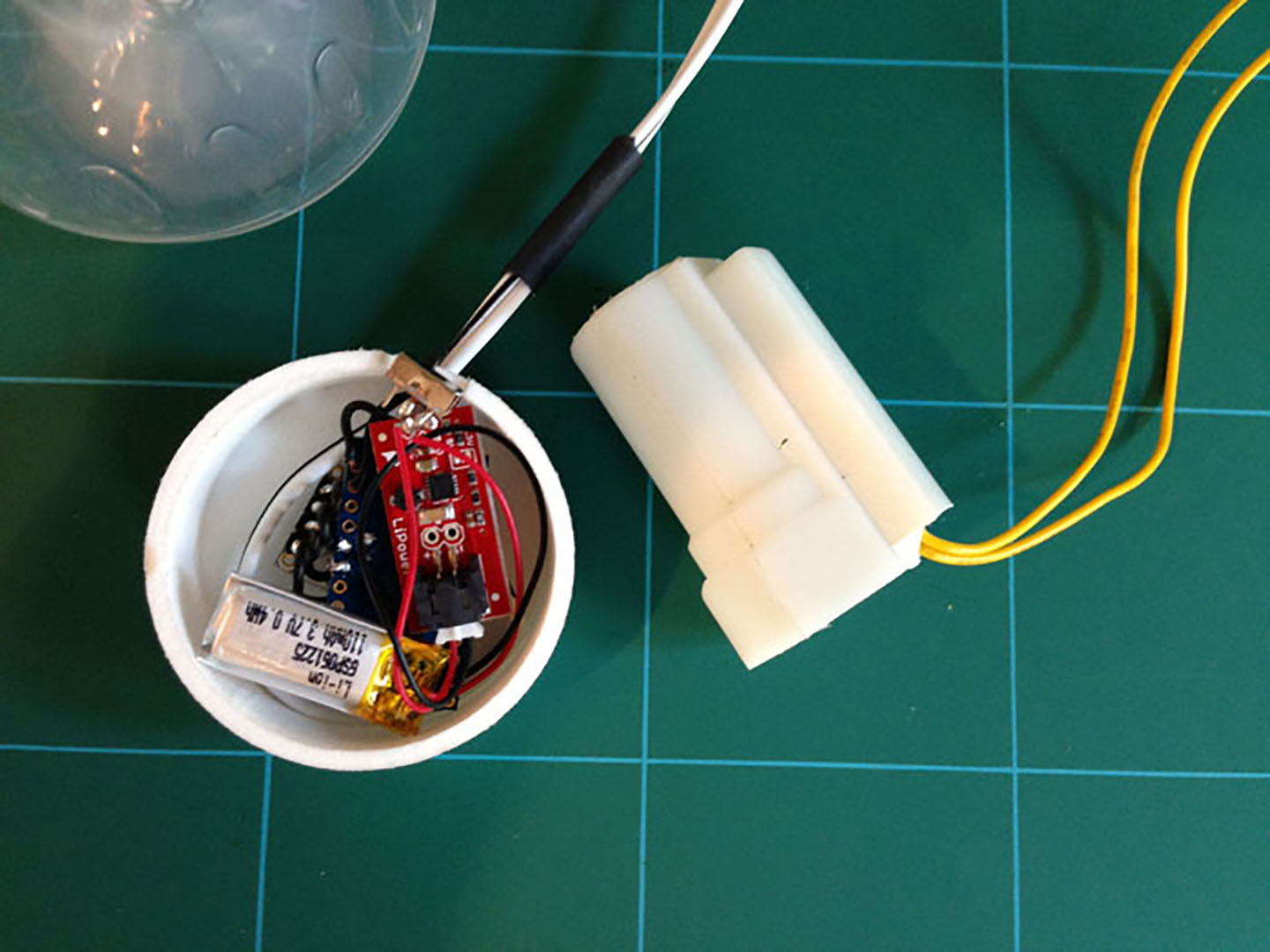 BLE Bike Lock - Unlock your bike lock through technology. No need for a physical key.

This Bluetooth low power 4.0 (BLE) bike lock removes the need for a physical key and enables greater convenience and safety for you and your bike. Once digitally paired, the lock remembers your smartphone. When you approach, it'll automatically unlock. No need to find your keys, just pull apart. Also, there's a physical backup key, just incase your phone runs out of juice. The lock also features from added security. If an attempt is made to break into the lock, an alarm will sound.

The first physical hardware prototype has been made and coded using an Arduino Mini Pro alongside the BLE Mini from Red Bear Lab (see images below). Second prototype is under development which miniaturises the circuity for a more efficiency by simply using the BLE112 (Ti CC2450 SoC) chip for both micro-controller and Bluetooth 4.0, along with a lower power motor and efficient code.

Developed before the likes of BitLock and Lock8 hit Kickstarter 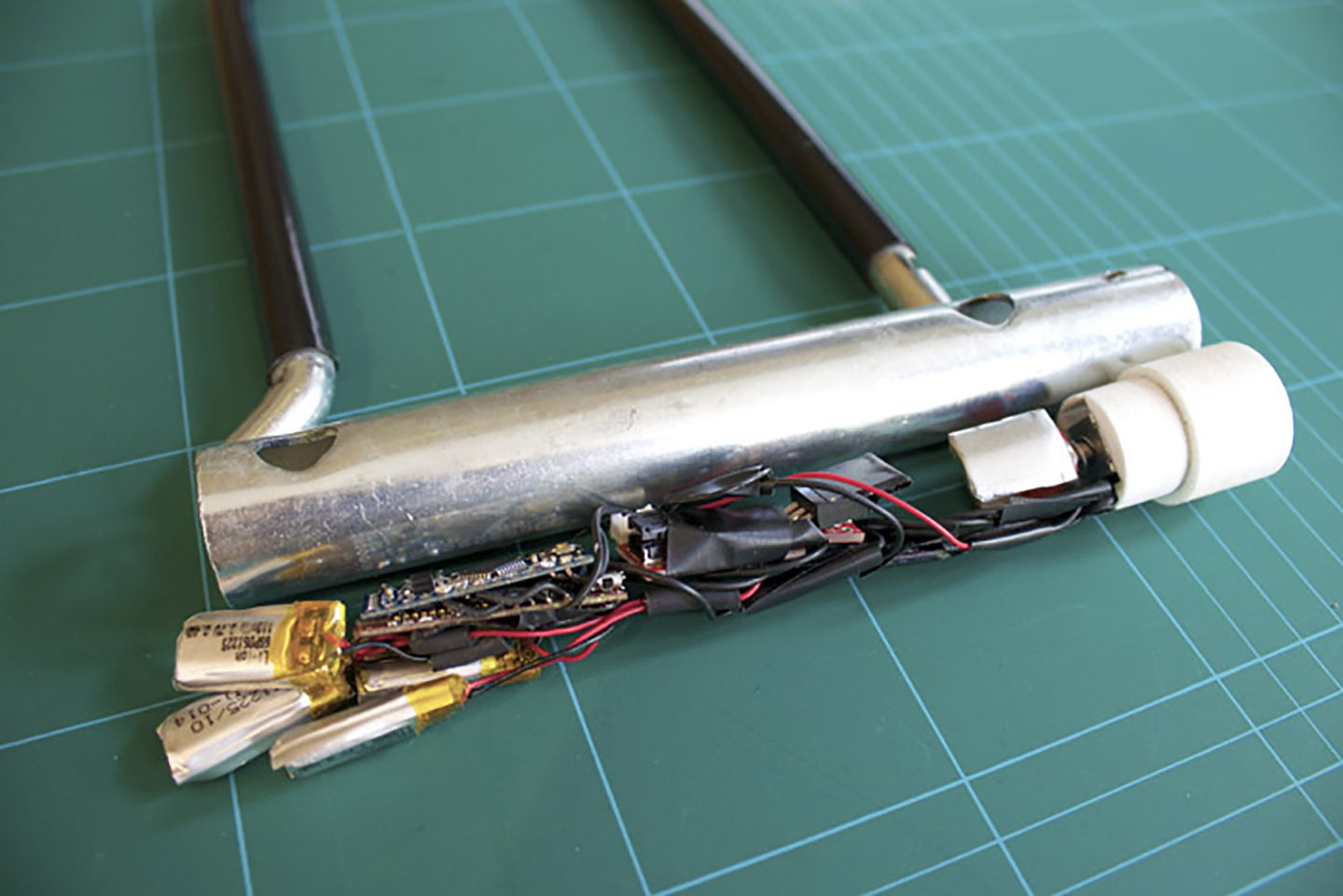 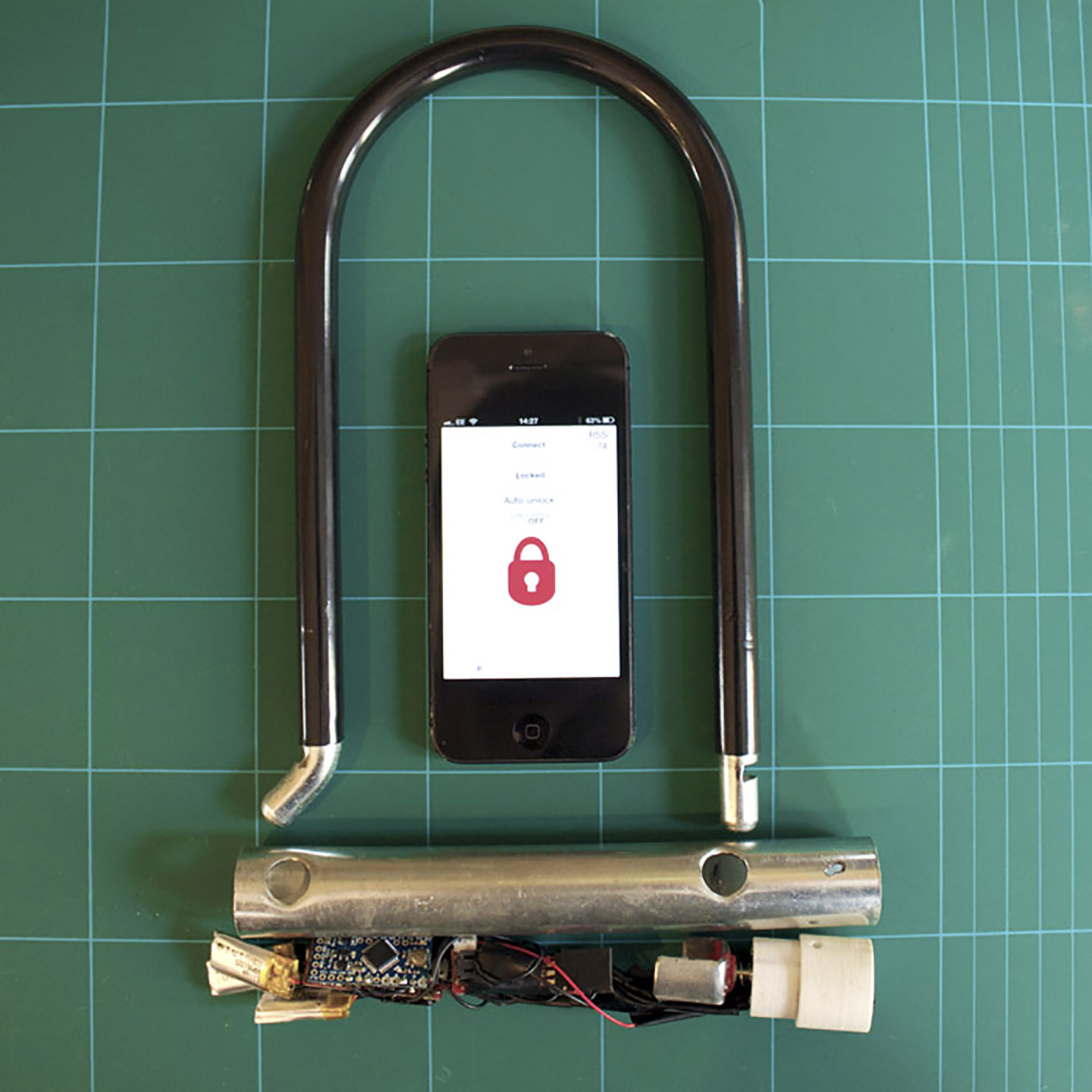 The photo booth was designed as an accessible way of capturing family and friends of the bride and groom in a fun, light-hearted and creative manner. The technology allowed people could see their reflections displayed on an LCD TV inside the physical booth, while a large red button was the digital trigger to capture each image. Props were also available for the guests to add a sense of humour into each image.

350 photos were taken on the night, ranging from the mundane to the extraordinarily bizarre.

Written in Processing and made with Arduino. 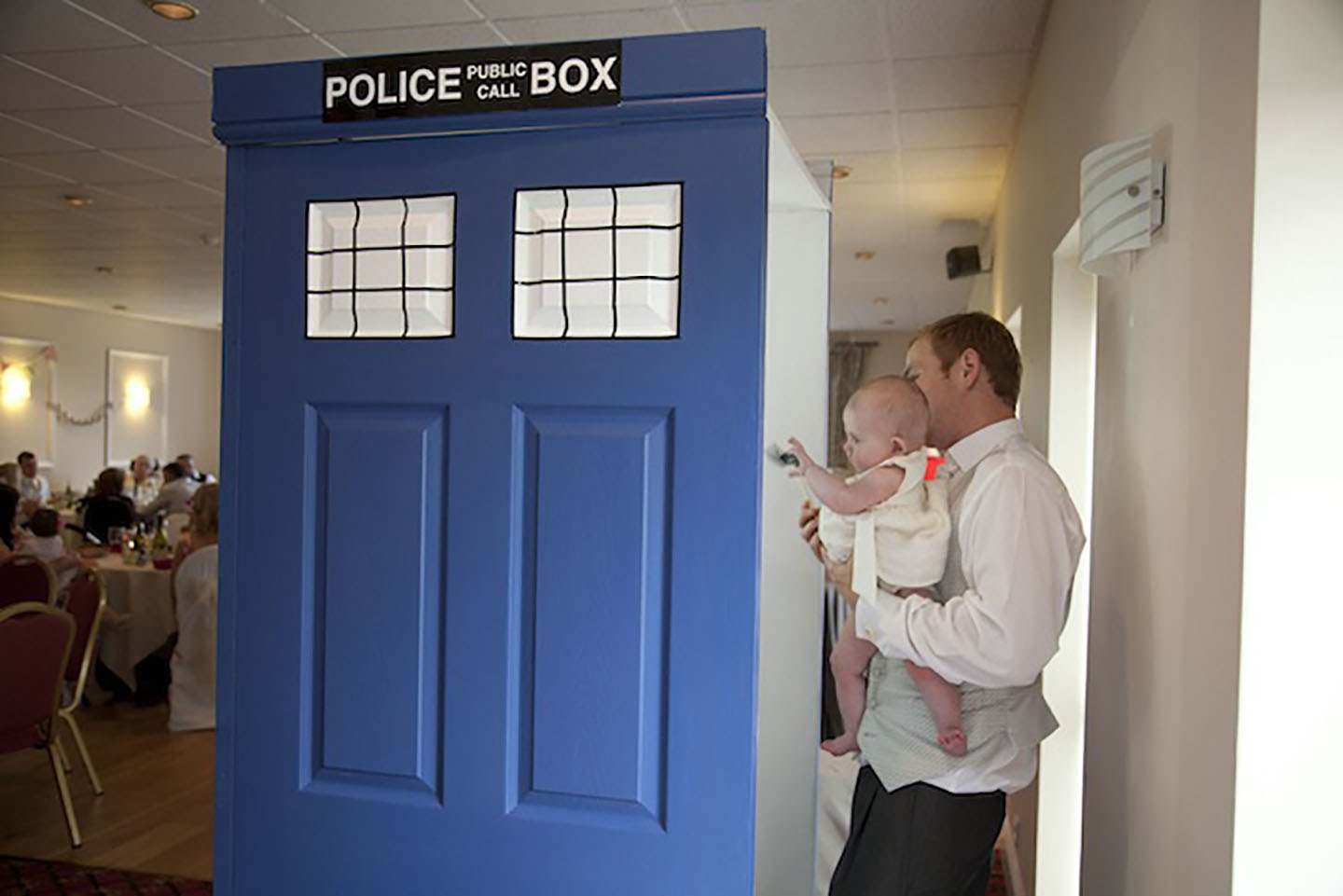 Gaia is a mixed creative technology installation that explores people's growing interconnectedness in the urban environment. Using 3D data visualisation and soundscape, Gaia maps London's feelings and movements (through social media data and TFL) to create an experience that looks at how the increase in the amount of information we provide about our day to day lives and emotions can create feedback loops which bring us closer together and help design better urban environments.

From a technical perspective, we took a wide range of data from TFL and put this in to a digital 3D mesh, interconnecting routes and journeys. On top of this, we connect real-time data every 60 seconds on the position of every bus and tube in London. The prototype also had hardware controls (connected to via Arduino) to speed up/down the visualised data.

Exhibited in the Whitechaple London and Wired 2012.